Department faculty and staff won multiple awards at the annual convention of the National Communication Association, held in Seattle Nov. 18-21. Additionally, the department sponsored a booth at the Graduate Program Open House and hosted a well-attended reception for current/former students, faculty, and staff at Pike Brewing Company. Approximately 130 alums and friends of the department joined us for this year’s version of The Texas Party. Special thanks goes to Anne Bormann and Jennifer Betancourt for their work in Seattle related to those two events.

Dawna Ballard and Shiv Ganesh’s forum piece, “When words do not matter: Identifying actions to effect diversity, equity, and inclusion in the academy,” was named Article of the Year by the Organizational Communication Division. The nominating committee noted that this year’s winner is “the perfect set of essays for the world in which we found ourselves—and it represents a somewhat rare moment when we as a discipline were able to be highly responsive in a journal publication to vital contemporary issues in our society.” Jeffrey Treem’s article, “Behavioral visibility: A new paradigm for organizational studies in the age of digitization, digitalization and datafication,” was named as an Honorable Mention for that same award.

Keri Stephens was named as the winner of the inaugural Outstanding Mentorship Award from the Organizational Communication Division.  This award was established in 2020 to formally recognize and honor the often hidden labor that goes into mentoring students and scholars.

Several other graduate students received honors at the conference. Dakota Park-Ozee was on the Top Student Paper Panel in Political Communication with "’The Man Who Has Money is King’: Discursive Constructions of Affluent Domination of U.S. Politics in Letters-To-The-Editor, 1948-2016.” Olivia Gellar’s paper, “Plandemic: The Hidden Agenda Behind COVID 19,” was selected as part of the laureate group for the James L. Golden Outstanding Essay in Rhetoric Award. Nathaniel Repay is now the Vice Chair of the Student Section, and he received the Top Student Paper award from the Communication and Sport Division for “A Rhetoric of Fire at the Intersection of Race, Politics, and Sport.”

Congratulations to all the department award winners and all the faculty and students who shared their research at this annual convention. 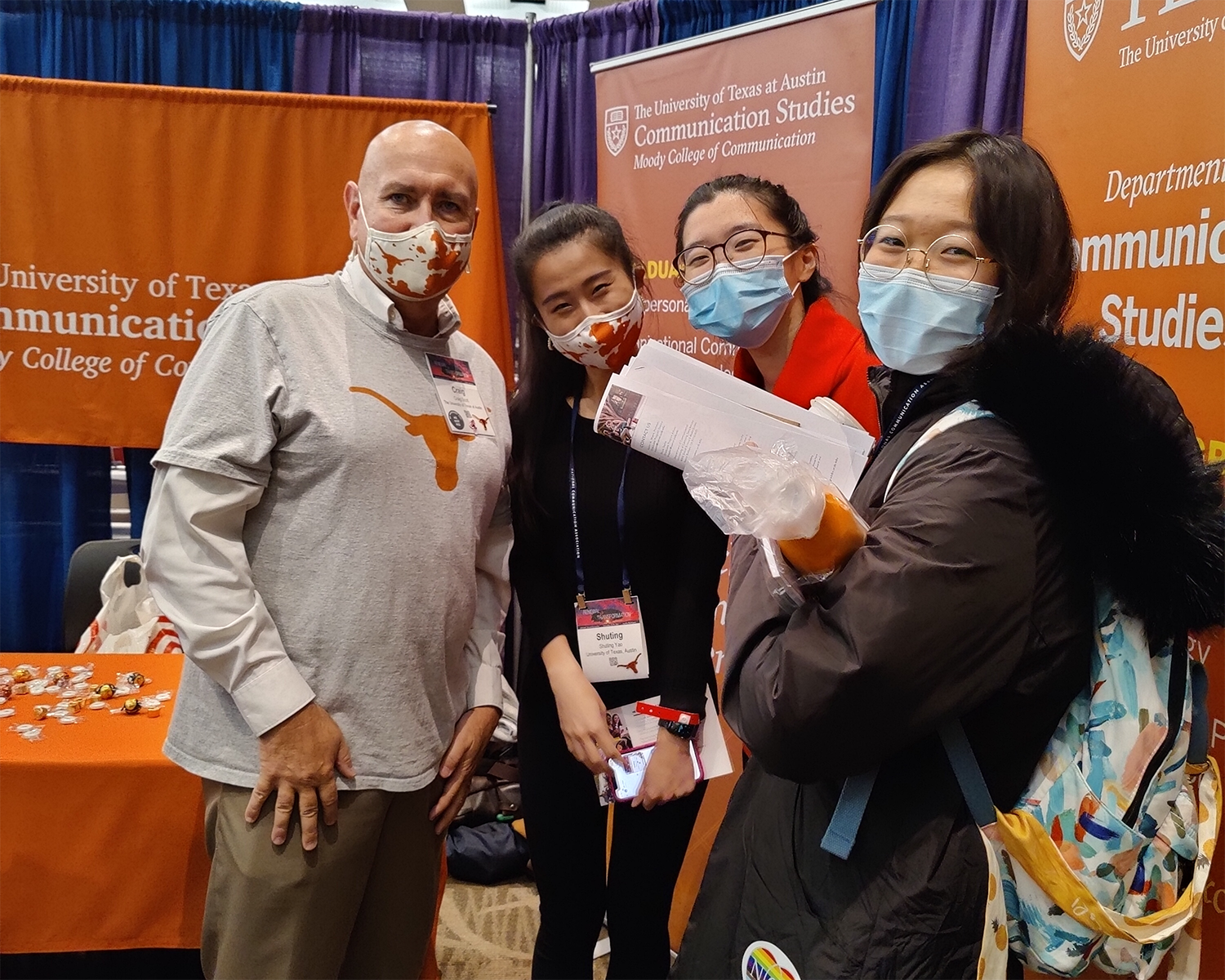