The department hosted its annual Honors Day on May 6, giving out numerous awards to students, faculty, and others. The theme for the day was Fun and Games—and included pre-ceremony trivia hosted by Jeffrey Treem as well as numerous door prizes given out throughout the event. Department chair Craig Scott served as the gameshow host for the festivities—rarely missing an opportunity to insert a game-related pun or references into the festivities. 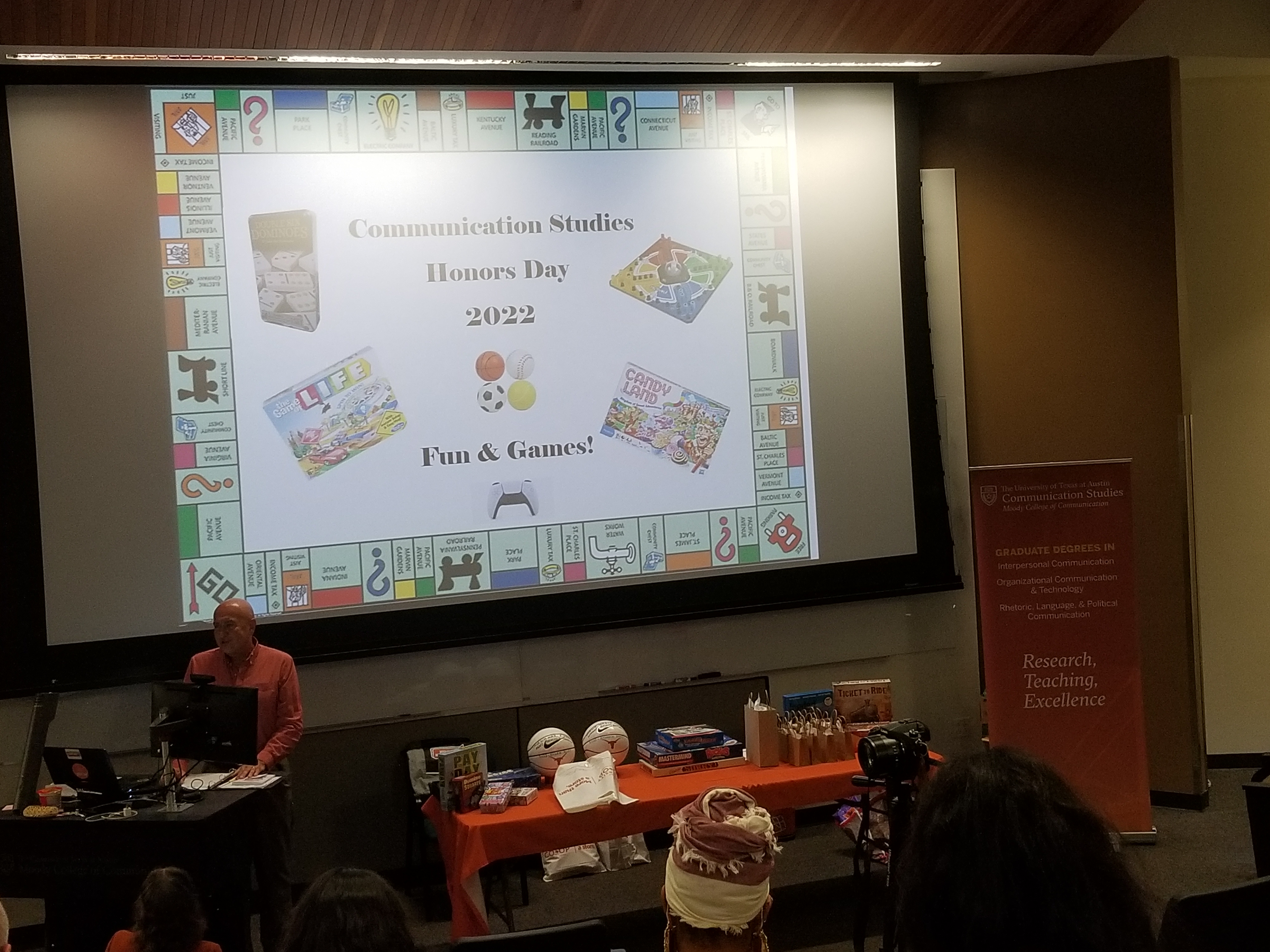 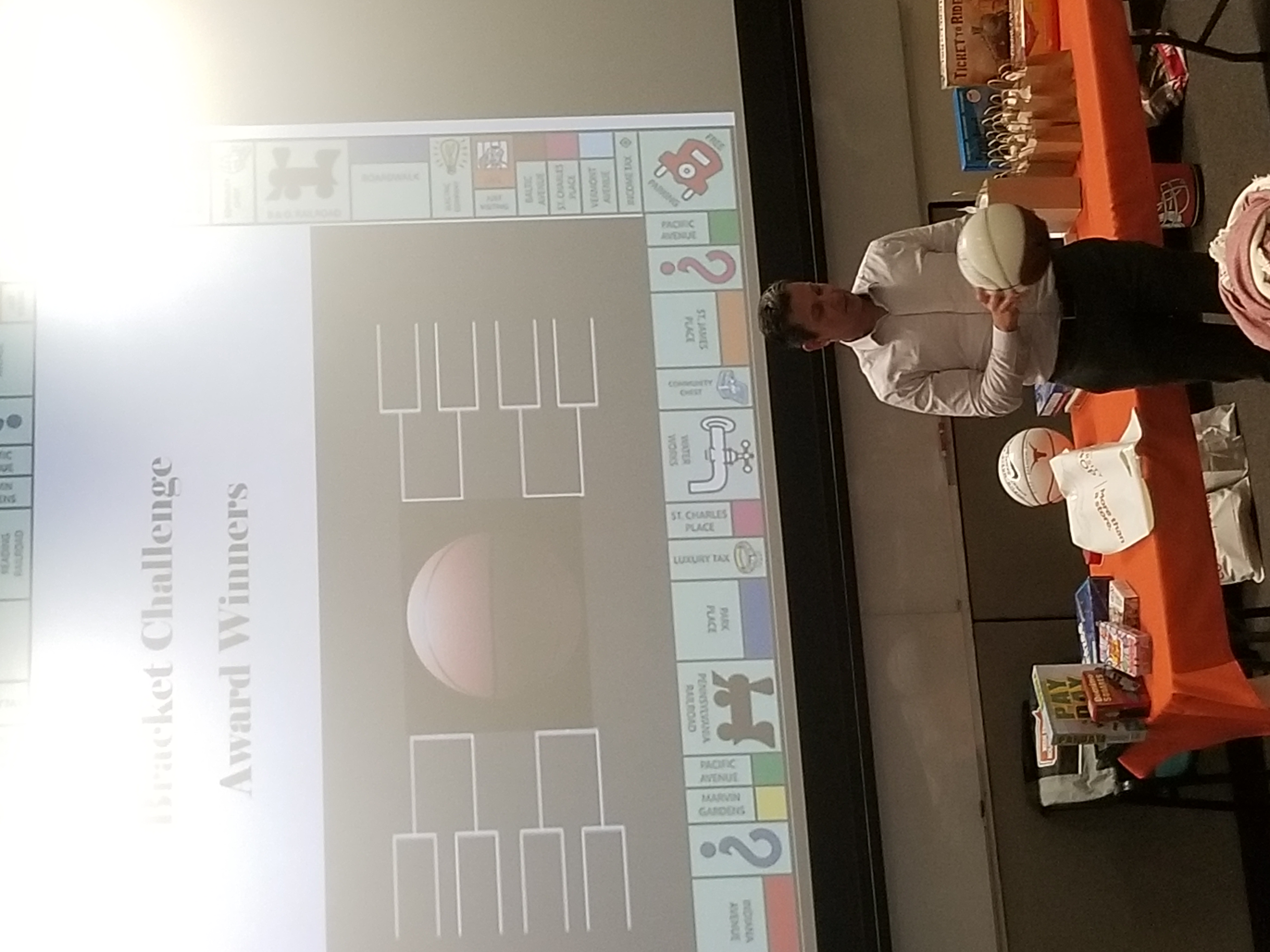 The first awards of the evening went to the winners of the March Madness Bracket Challenges, co-sponsored by the department and the Center for Sports Communication and Media. Center Director Mike Butterworth presented the traveling trophies to Brendon Bankey for the women’s bracket challenge and Ellen Alley for the men’s bracket challenge. Dina Inman Ramgolam then highlighted undergraduate accomplishments by our Honors Students and our members of the Lambda Pi Eta Honors Society. 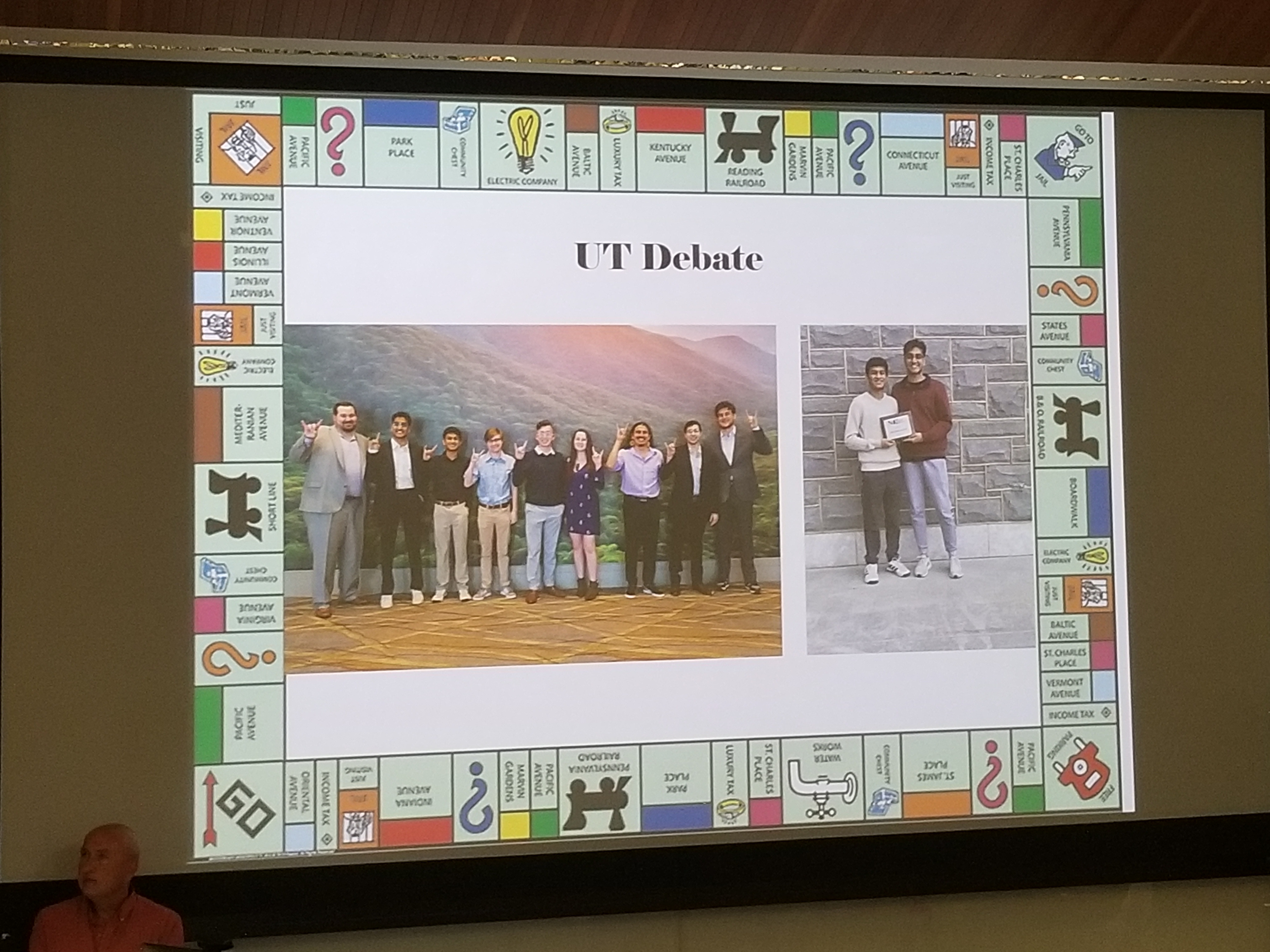 A key part of the event was recognition of the UT Debate and Texas Speech teams. Brendon Bankey highlighted accomplishments by the UT Debate Team, which had another very successful season. Randy Cox then shared season highlights about Texas Speech, which won its big national tournament and has produced multiple national champion speakers. Combining debate and speech team success at the National Debate Tournament and The National Speech Tournament, UT Austin was tied for the overall #1 rank for the 2021-2022 season as calculated by the American Forensic Association (the 23rd time in program history UT Austin has finished #1). It was also announced that the City of Austin has declared May 17 Texas Speech Team Day. That evening, the university president will host a reception for the team and the Tower will be lit in their honor. One of the highlights of the Honors Day was when Texas Speech team member Clay Parker performed his award-winning after dinner speech. 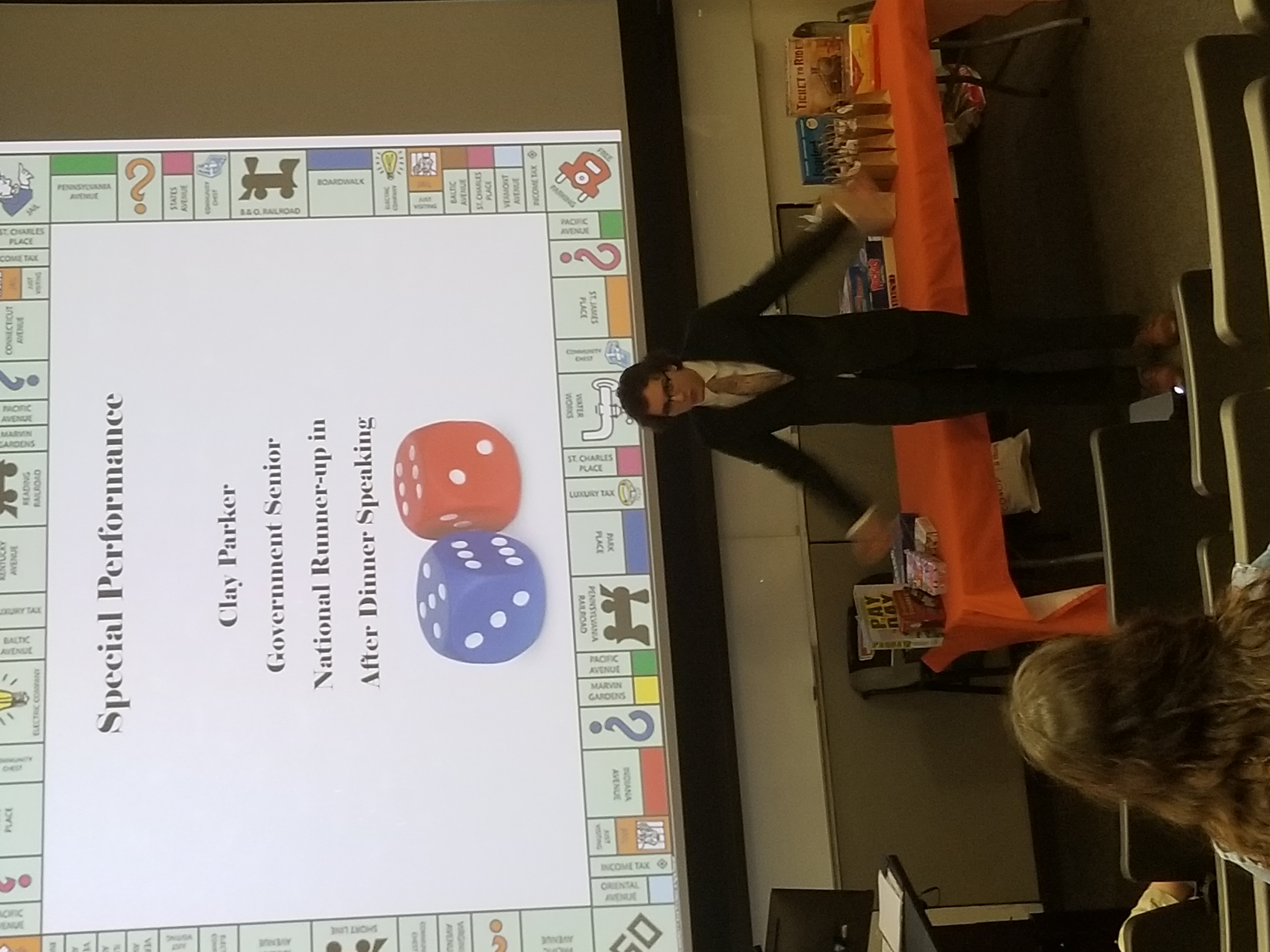 Graduate Program Advisor René Dailey and Graduate Program Coordinator Anne Bormann presented the awards for our graduate students. In addition to listing several accomplishments of students over the course of the past year, the following awards were presented that evening (based on nominations from faculty and selections made by the department awards committee): 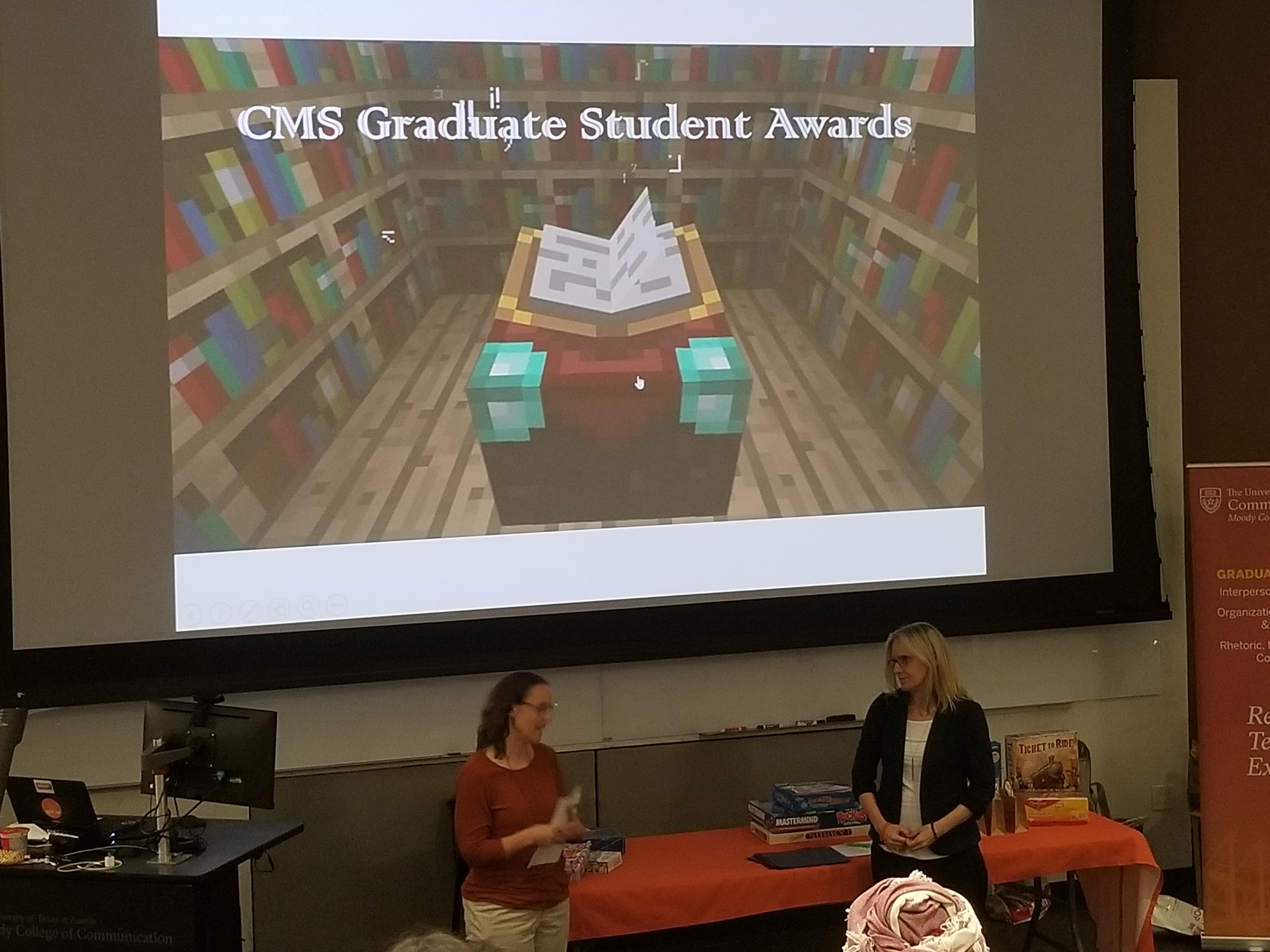 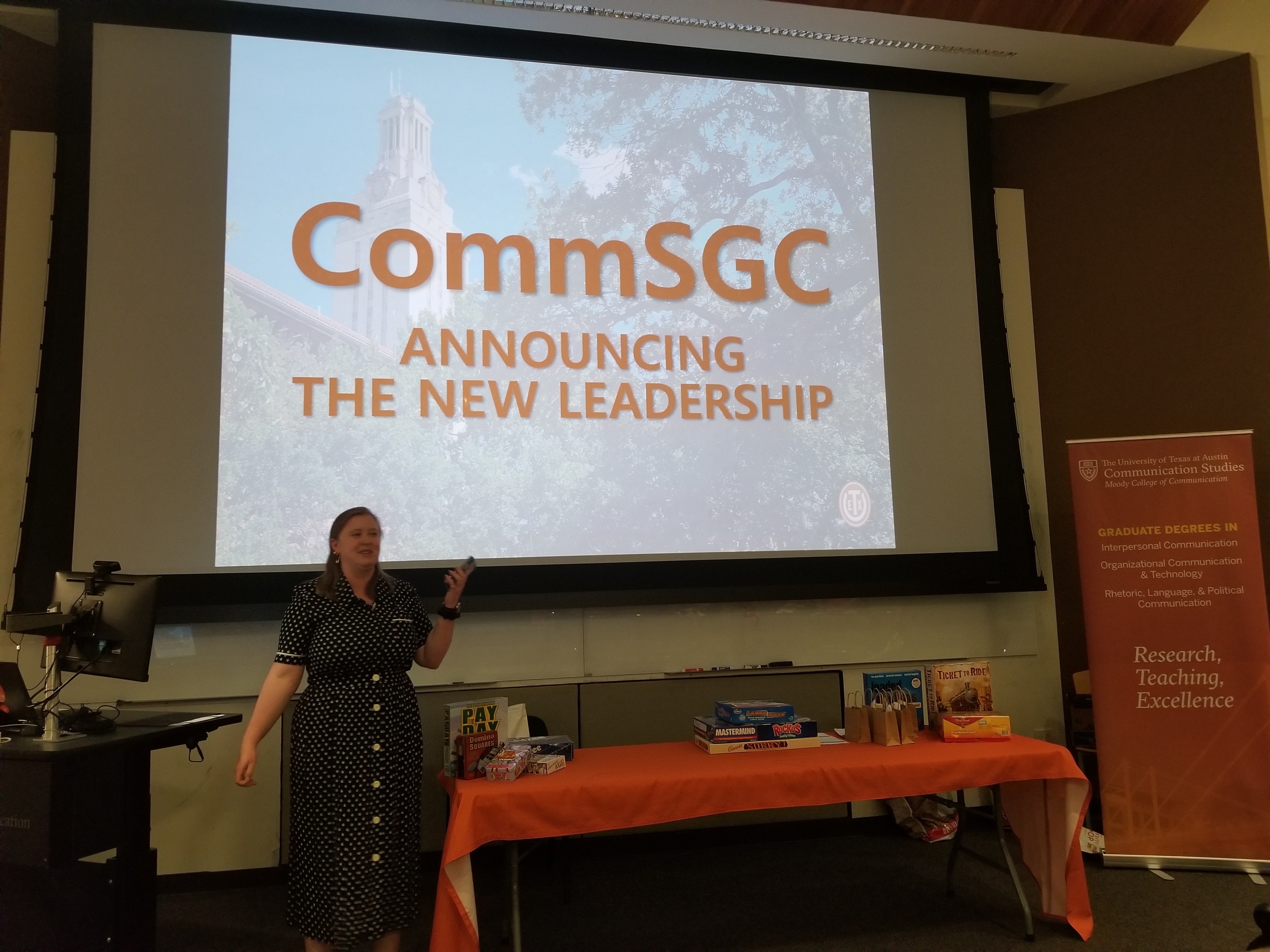 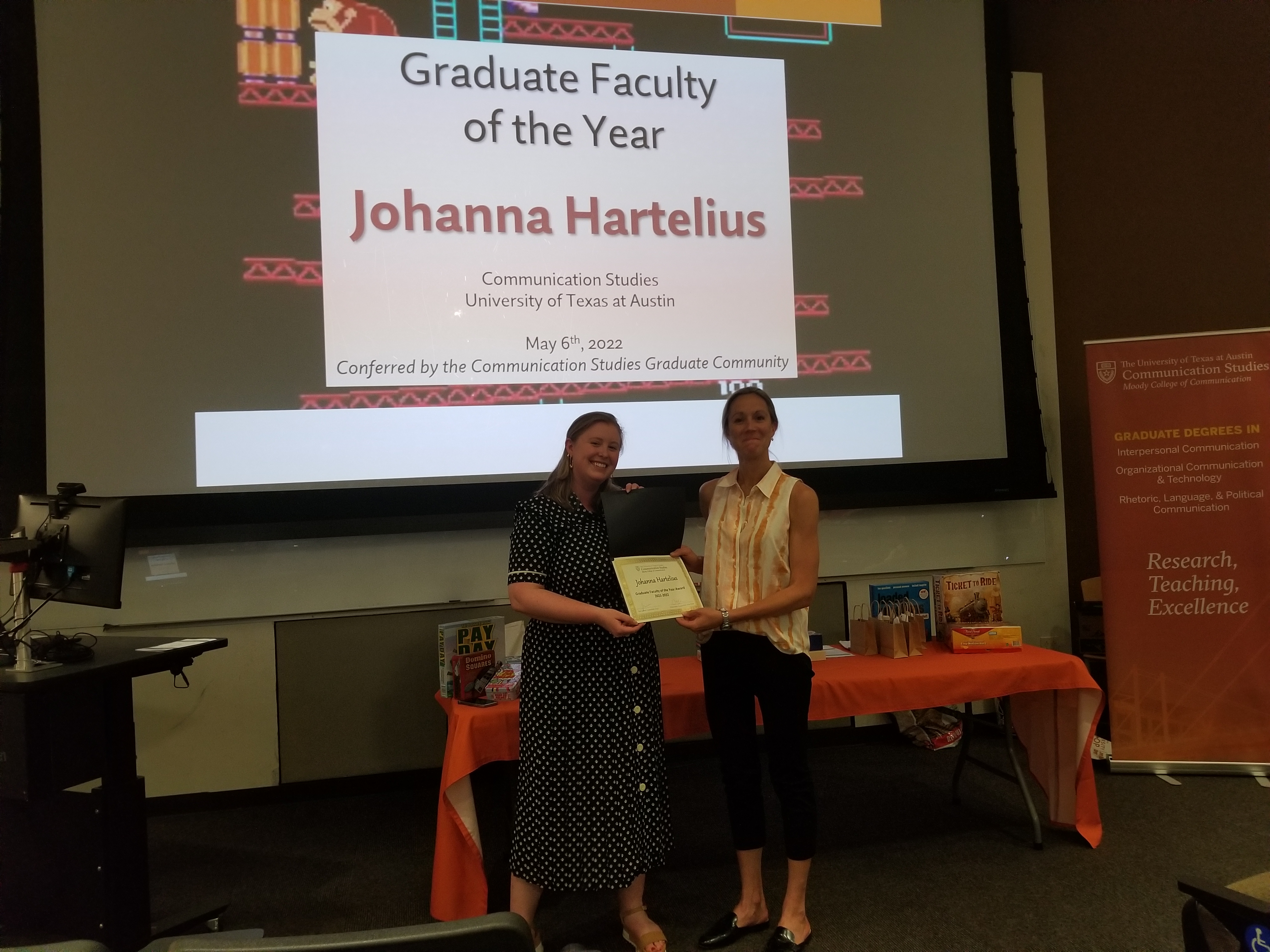 The evening wrapped up with three special awards. Josh Barbour, chair of the Awards Committee, announced Patricia Parker (class of 1997) as the recipient of the Outstanding Graduate Program Alumni Award. This new award was selected based on nominations and input from the faculty with final determination by the awards committee. Parker sent in a recorded acceptance and will plan to visit in the fall to deliver a lecture associated with this honor.

Craig Scott presented the Friend of the Department Award to Dr. Susan D. Corbin. Corbin, who received her MA and PhD (1998) from the department and who worked here as both undergraduate advisor and graduate program coordinator, has established a $25,000 Graduate Excellence Fund that will now begin providing money to graduate students for research projects, special travel, etc.  Corbin is also donating all proceeds from her book Dear Dissertation Writer: Stories, Strategies, and Self-care Tips to Get Done, to further grow this new Excellence Fund. 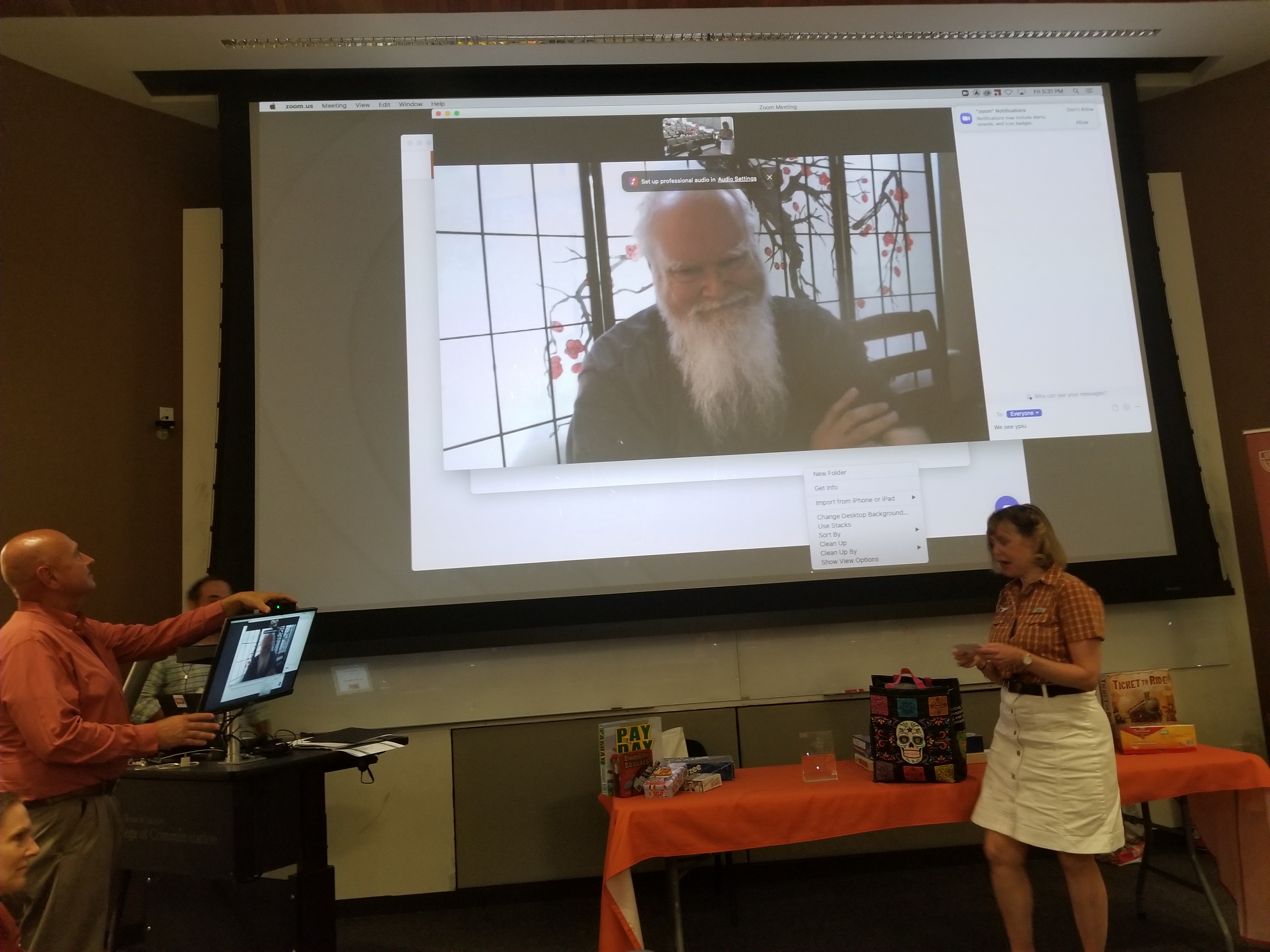 Jeffrey Treem presented the Faculty/Staff Service Award to Barry Brummett, who is retiring after 21 years in the department—19 of those as department chair. In addition to Treem’s comments, three ghosts of Barry’s past (John Daly), present (Scott Stroud), and future (Katie Bradford) delighted the audience with stories and comments celebrating Brummett’s contributions to the life of the department. Brummett joined the ceremony by Zoom and thanked everyone for their words and for this honor. A more formal retirement celebration for him will be held in August.

Honors Day concluded with postgame celebrations at Moody’s Kitchen and Bar. The event was made possible thanks to the work of the department staff, the CMS graduate program leadership, and the department awards committee. 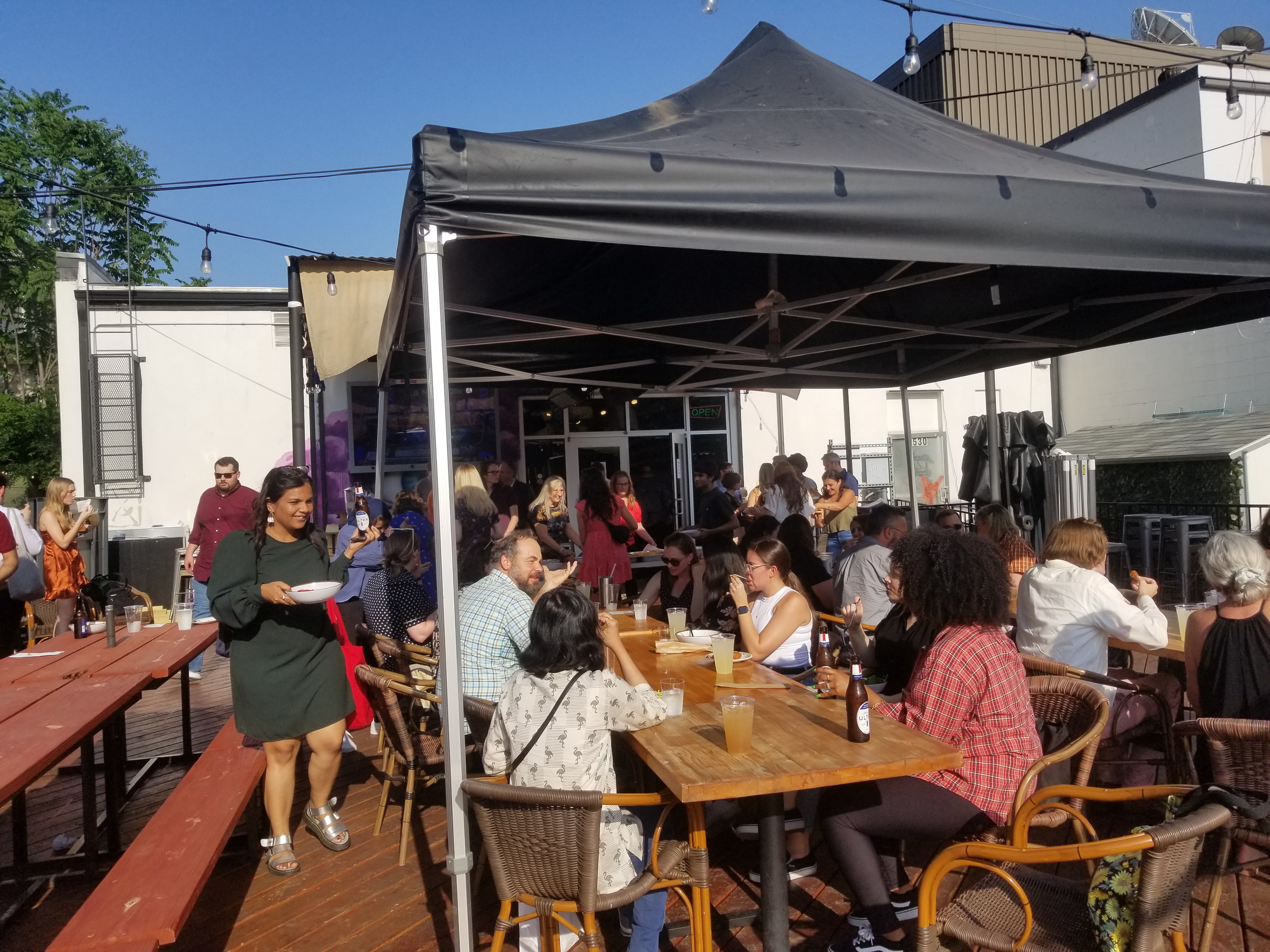 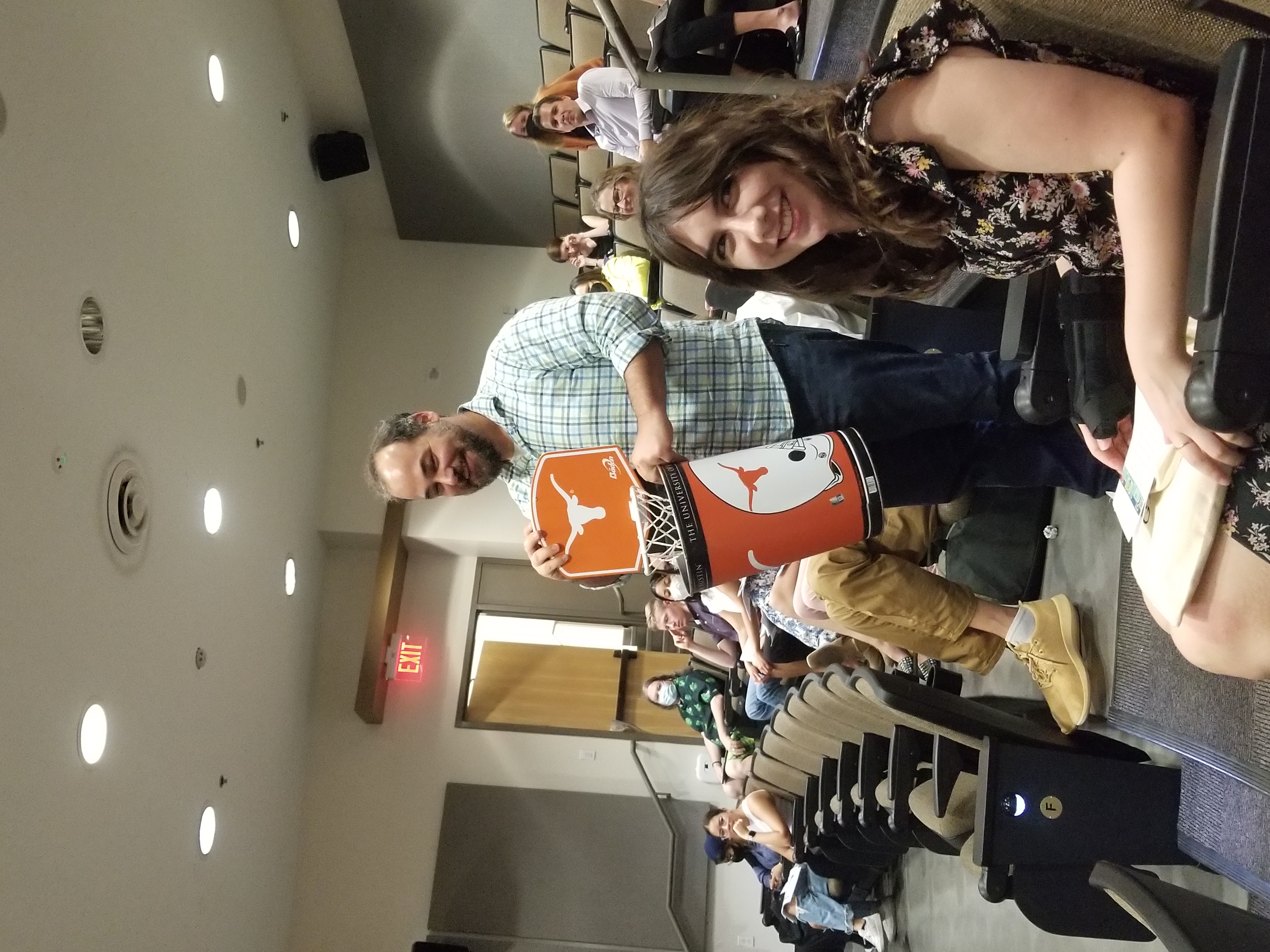 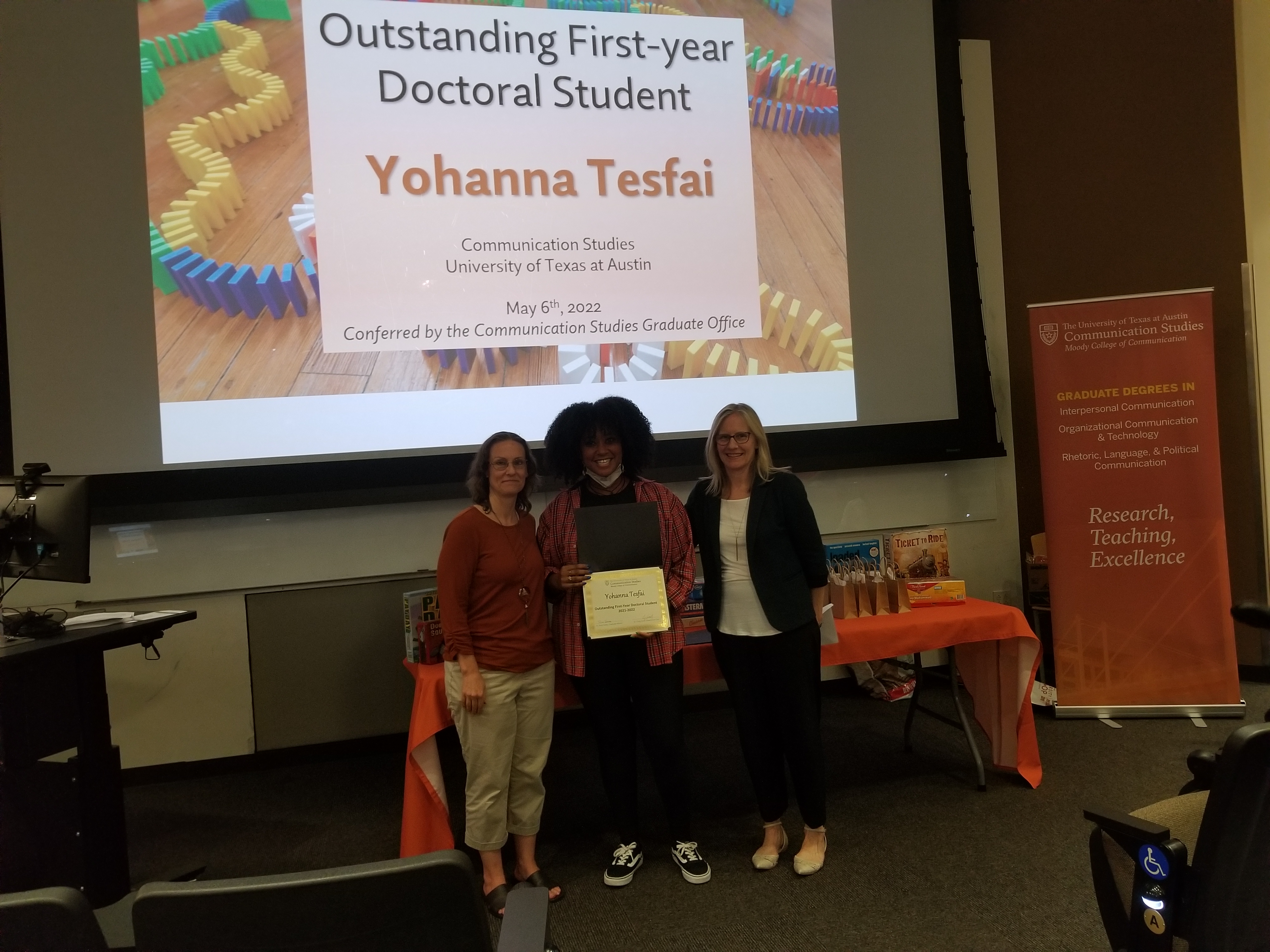 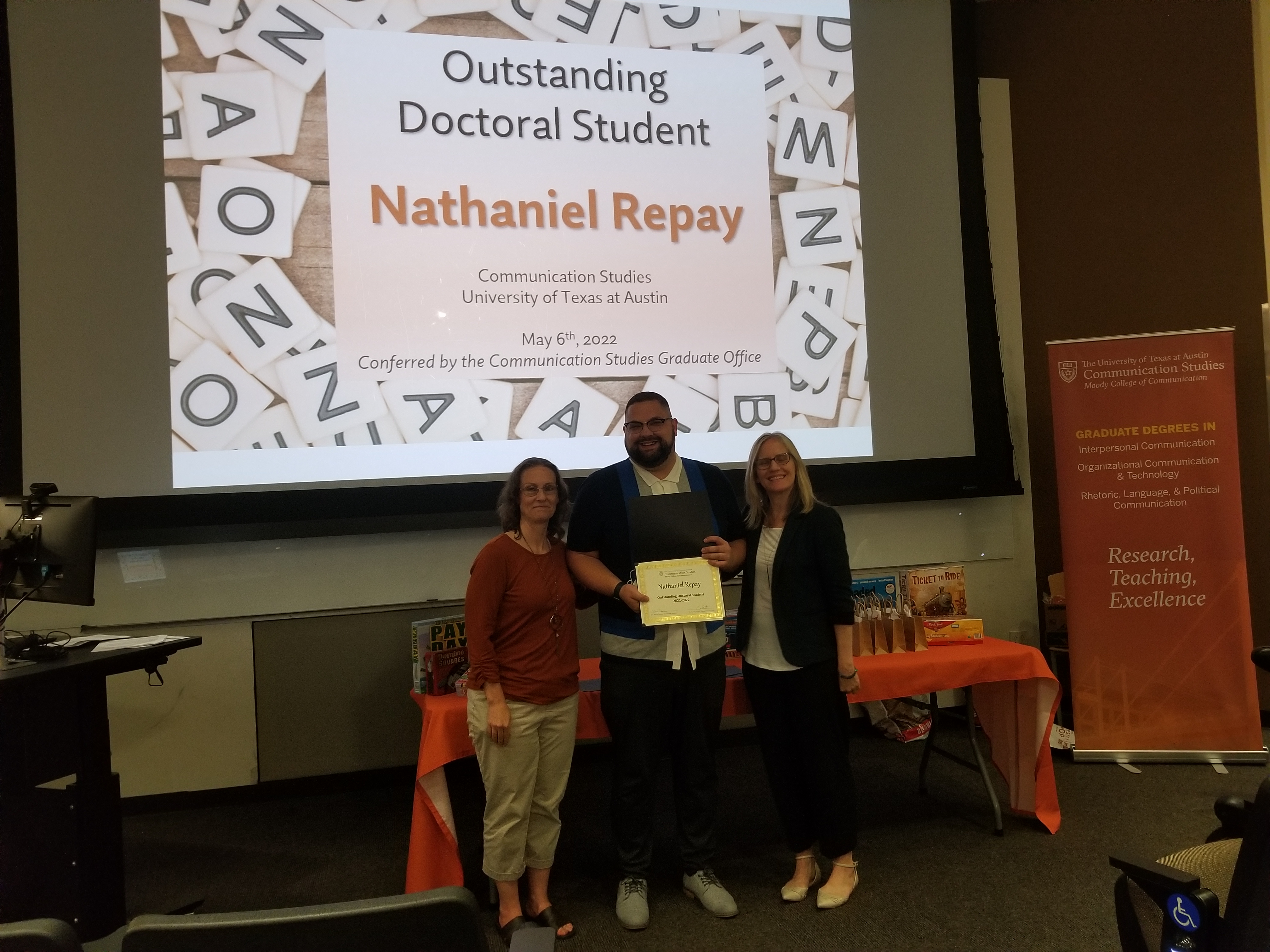 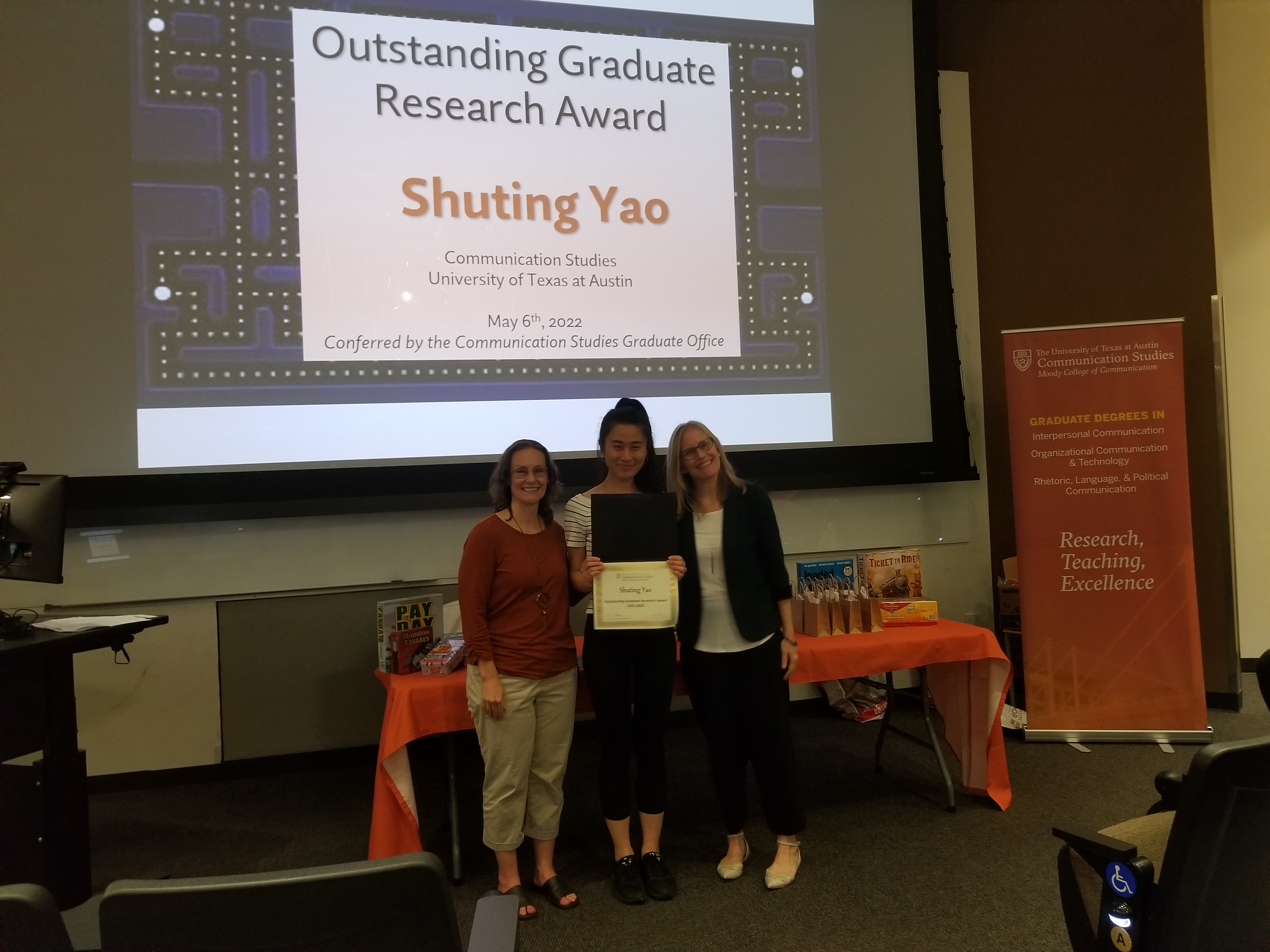 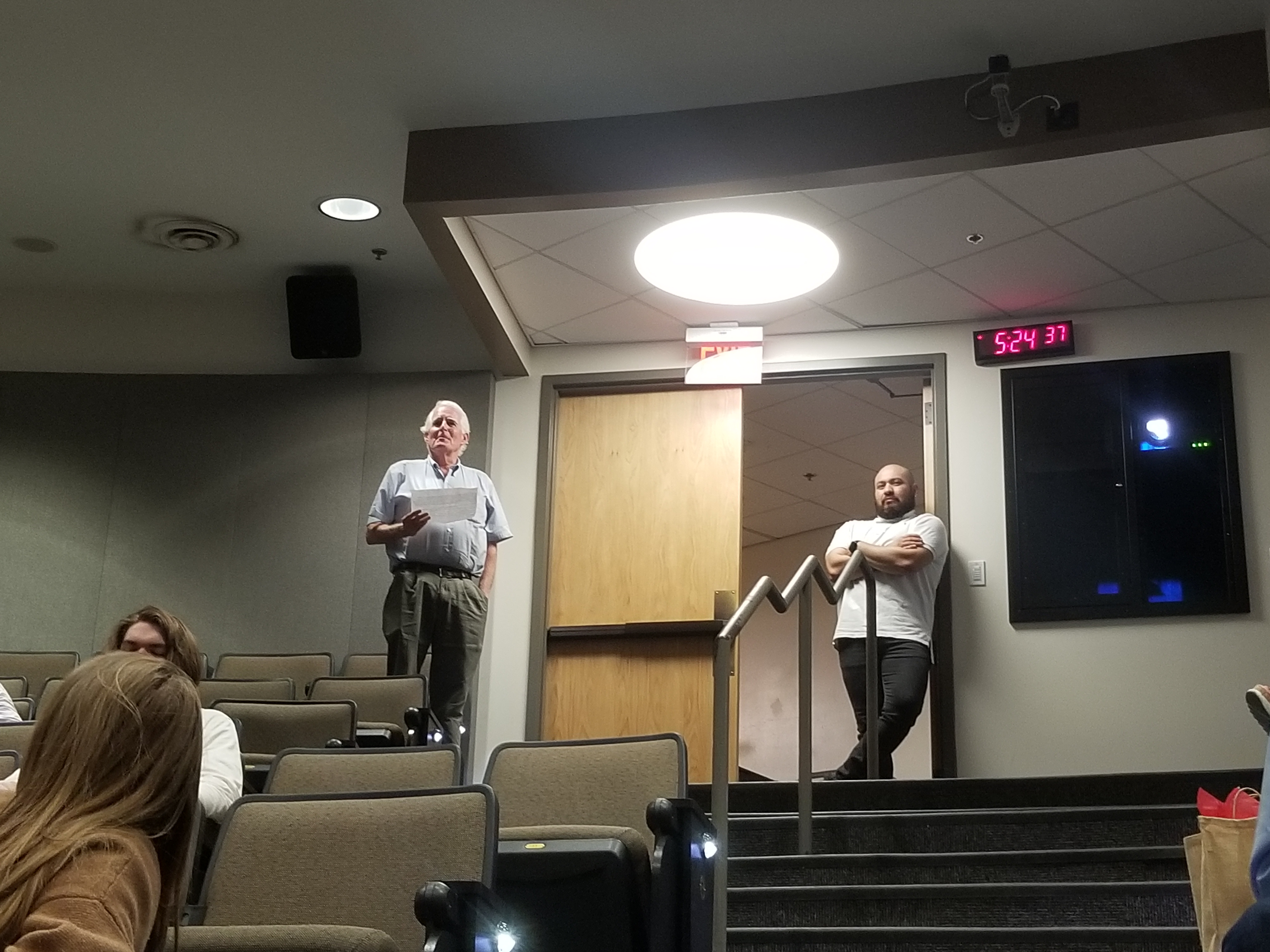 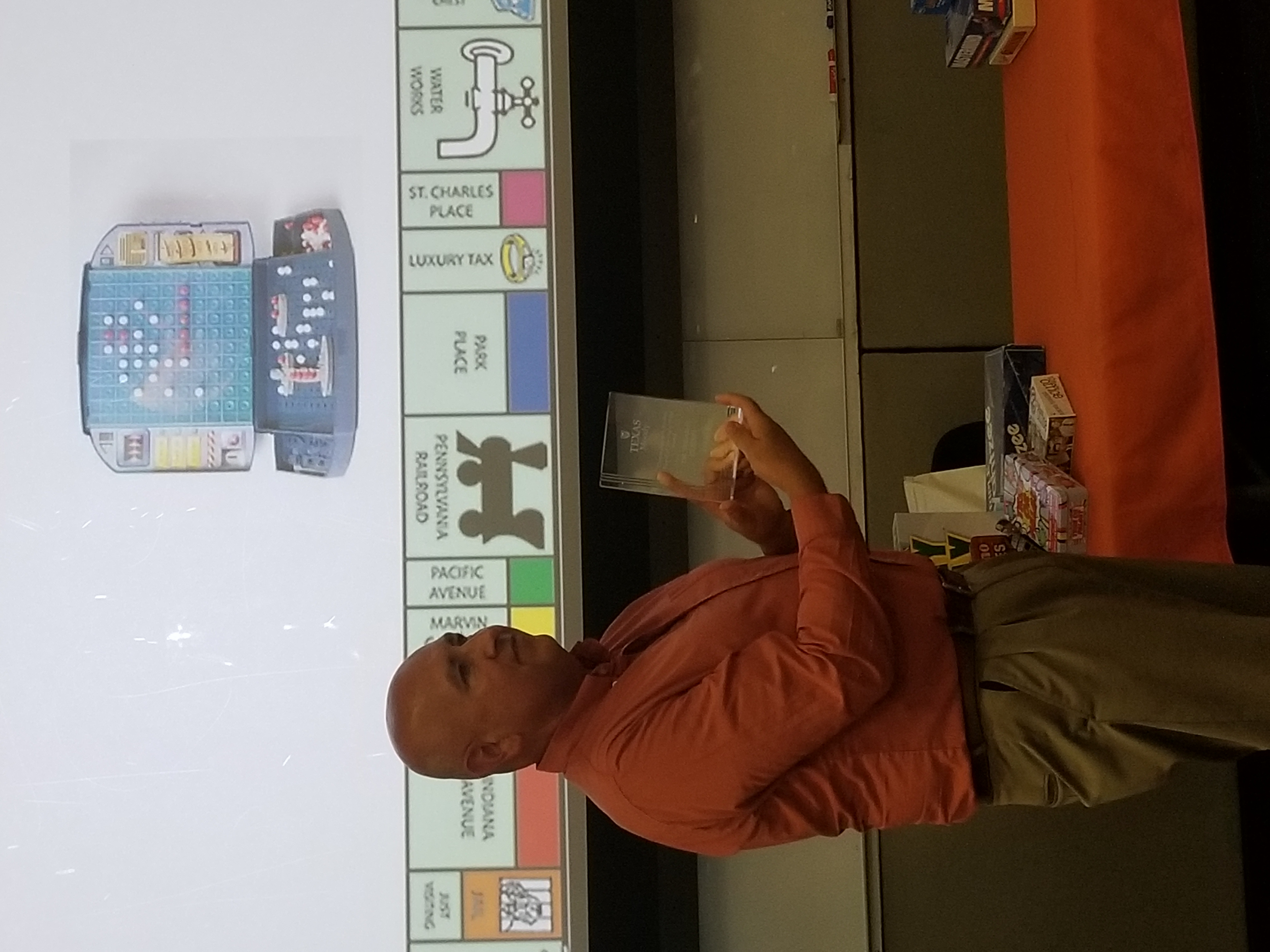 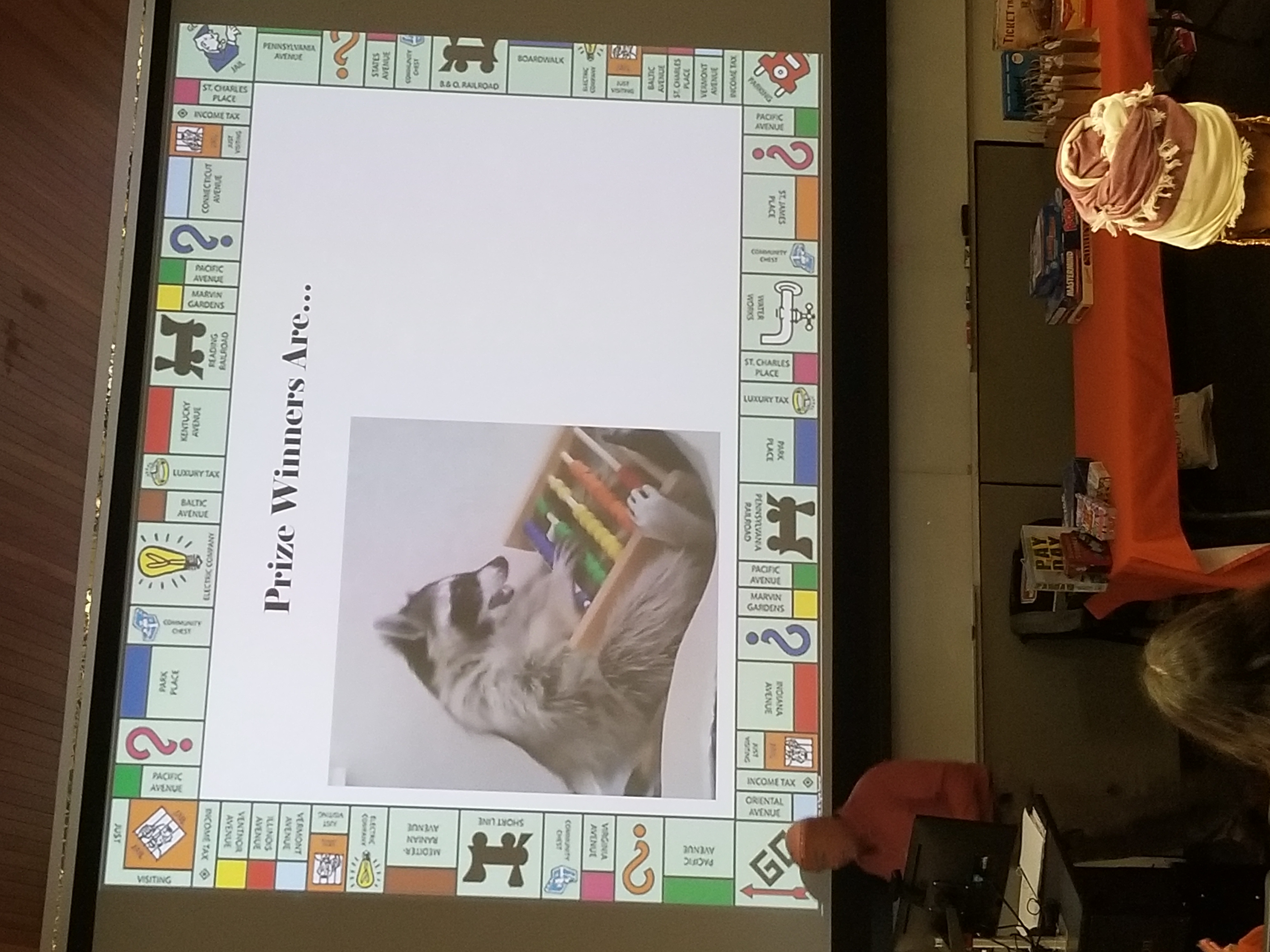 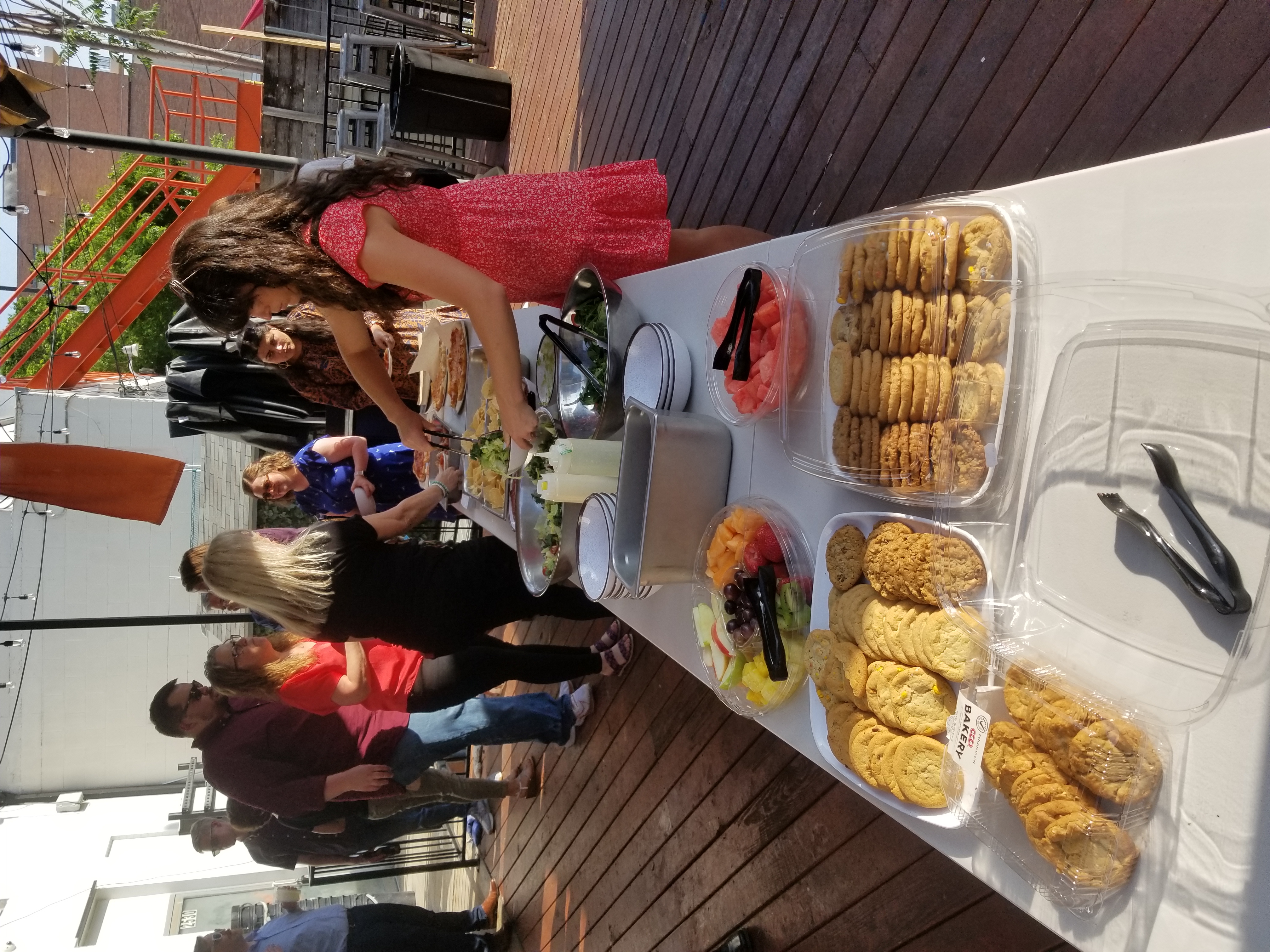