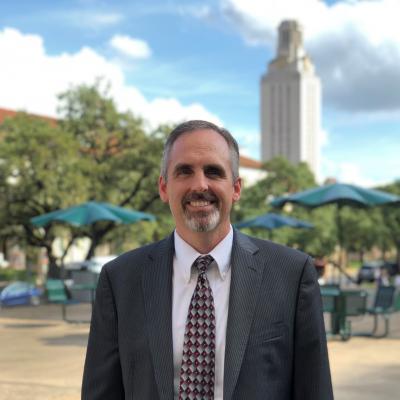 Dr. Scott R. Stroud (Ph.D., Temple University) specializes in the intersection between communication, philosophy, and culture. Much of his research extends the thought of the American pragmatists into the realms of rhetorical experience and political activity. He is particularly interested in the connections between rhetoric, individual flourishing, religion, and democracy. His first book, John Dewey and the Artful Life (Pennsylvania State University Press, 2011), engages these themes in detail. His second book, Kant and the Promise of Rhetoric (Pennsylvania State University Press, 2014), provides a first-of-its-kind reappraisal of Kant and his relation to the rhetorical tradition. His forthcoming book, The Evolution of Pragmatism in India: Ambedkar, Dewey, and the Rhetoric of Reconstruction (University of Chicago Press, 2023), tells the story of Bhimrao Ambedkar’s engagement with Deweyan pragmatism and how it shaped his innovative rhetoric in pursuit of social justice in India. Stroud’s other work also engages topics in comparative/non-western rhetoric, religious rhetoric, narrative theory, and communication ethics. His research has been published in venues such as Rhetoric Society Quarterly, Philosophy & Rhetoric, Rhetoric & Public Affairs, the Journal of Communication and Religion, theWestern Journal of Communication, Advances in the History of Rhetoric, and the Journal of Speculative Philosophy. In 2014-2015, he was a visiting fellow at the Center for the Study of Democratic Politics at Princeton University. Dr. Stroud is the founding director of the Media Ethics Initiative and is the Program Director of Media Ethics at the Center for Media Engagement.