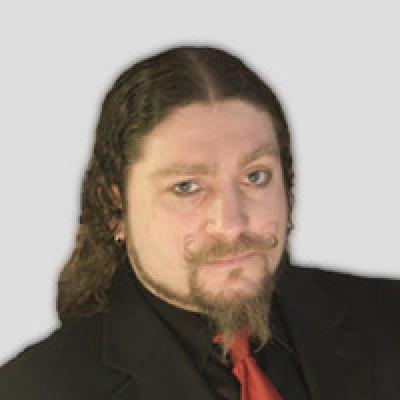 Dr. Joshua G. Gunn (Ph.D., University of Minnesota, 2002) Prof. Gunn's research and teaching program focuses on the category of the ineffable, and in particular, how people use and abuse signs and symbols to negotiate ineffability.  In this context, his attention to music, religion, and human affective experiences (e.g., love) are part of a deeper interest in the limits of human representation, self-understanding, and self-fashioning.  Theoretically, Gunn's teaching and scholarship are indebted to the work of Kenneth Burke, which eventually led him to take-up Marxism, psychoanalysis, and critical theory.  Gunn draws on psychoanalytic theory, especially that of Lacan, Freud, and Kristeva, for a useful vocabulary to help make sense of objects and experiences that are (at least seemingly) incommunicable. Gunn's graduate teaching reflects these interests in terms of survey courses that work toward helping students become independent scholars.  His graduate courses include Basic Rhetorical Criticism; The Idiom of Haunting (which is a survey of mourning, trauma, and memory studies); The Subject (which is a survey of subjectivity theory); Rhetoric and Psychoanalysis; and The Object (which is a survey of many disciplinary debates regarding methodology and object).  At the graduate level, teaching professional practices is just as important as our readings, and in most of Gunn's courses he integrates a strong professionalization component (e.g., mock journal submissions and peer review, practice conference papers, and so on).  At the undergraduate Prof. Gunn focuses on "popular" objects and higher order, critical thinking skills.  His course offerings at this level are also surveys.  These include a core course on the history of rhetorical theory from the Sophists to Foucault; Rhetoric and Film; Rhetoric and Popular Music; Rhetoric and Religion; and Celebrity Culture, which is a course that actively investigates the contemporary locus of the political and civic engagement.