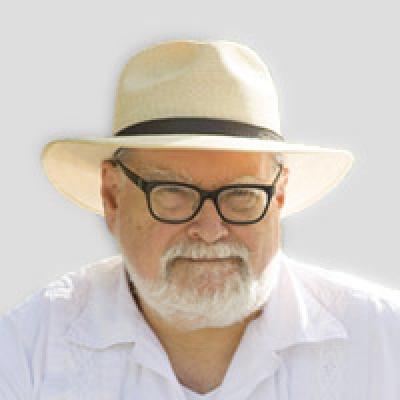 Dr. Barry Brummett (Ph.D., University of Minnesota, 1978) is the Charles Sapp Centennial Professor in Communication. He taught at Purdue University and the University of Wisconsin-Milwaukee before coming to the University of Texas-Austin. Brummett's research interests turned early to the theories of Kenneth Burke and to epistemology and rhetoric. In those studies Brummett laid the foundation for a research program that investigates the functions and manifestations of new rhetoric. One line of research took him into the study of apocalyptic rhetoric. Brummett's most recent, ongoing interests are in the rhetoric of popular culture. He has developed a general theoretical basis for understanding this rhetoric based largely on symbolic forms. Brummett has published a textbook, Techniques of Close Reading, which is entering its second edition, and a fifth edition of his popular textbook, Rhetoric in Popular Culture. Brummett is the author of the scholarly book monographs A Rhetoric of Style, Rhetorical Dimensions of Popular Culture, Contemporary Apocalyptic Rhetoric, Rhetoric of Machine Aesthetics, The World and How We Describe It, and Rhetorical Homologies. He has edited Landmark Essays: Kenneth Burke, Uncovering Hidden Rhetorics, Sporting Rhetorics, Reading Rhetorical Theory, Sports and Identity, The Politics of Style and the Style of Politics, and The Rhetoric of Steampunk. He is working on a variety of studies exploring the rhetoric of form in popular culture and rhetoric.  Brummett is the author or coauthor of numerous scholarly essays and chapters.