Musicians Off the Record: Roger Creager

Musicians Off the Record: Roger Creager 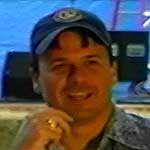 Roger Creager may value the intensely personal nature of performing more than most. His swift rise in the Texas country music pantheon has been startling and marked by tunes whose verses are poignant and a result of deep human excursion. Ironically, Creager is an artist whose background bears the mark of genteel city living. Holding multiple degrees from Texas A&M and Sam Houston State University, the Houston native survived a short-lived experience with corporate America working as an accountant. Gradually, a natural inclination for making music led him to quit the day gig and pursue the goal of becoming a country artist.

“It was a leap of faith,” Creager recalls, and as a consequence his elasticity to reinvent himself has paid big dividends. From childhood forward, the 2001 winner of the Texas Music Award for Entertainer of the Year has understood that music has a profound effect on people and creates a unique communal experience. Although piano and guitar lessons were priorities throughout his youth, Creager’s reserved nature kept him from performing publicly. After graduating from high school, Creager spent the better part of a decade earning degrees in business and agriculture, then submerged under a cold mass of statistics behind a desk. Not one to compromise, he left the computer screen for the bar scene of College Station, where he eventually formed his own outfit and watched his star rise.

After using his business skills to form his own publishing company, Creager took to the road, intelligently shaping his music and career without artificial considerations. He described the process as “more of a grassroots thing.” His three studio releases have made a profound impact on Texas music and been hot-sellers, especially among the college crowd. “Having Fun All Wrong,” highlighted by ‘The Everclear Song,’ (which Creager describes as “just a funny song”) “I Got the Guns”—which debuted number one on the Lone Star Music Charts—and “Long Way to Mexico” are in the best tradition of Texas country music without being mere imitation. Popular appeal aside, Creager’s music might be the most contemporary manifestation of country going, although “most of the time when I’m by myself writing, I’m writing a song for myself . . . one that I think I can be proud of, one that I think can be interesting.”

The reaction of his family has mirrored that of his fans, and Creager is hardly shy about inviting his father to join him onstage. “Man, it’s always a blast. It’s cool to have my Dad out . . . he’s a hoot.” Likewise, Creager continues to enjoy sharing his music with an ever swelling audience.

creager from Madeline Maxwell on Vimeo.