Musicians Off the Record: Corey Keller

Musicians Off the Record: Corey Keller 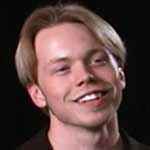 The Keller Brothers Band is one act with boundless potential and a legion of Texas blues stalwarts in their corner. Corey Keller, along with older brother Mike, was born and raised in Fargo, North Dakota, and brought up in a musical household filled with jazz and R&B. His father was an accomplished player of jazz, soul and rock, and toured throughout the region. “From my parents, I got it from them,” Keller said of his love for music. By the age of five, Corey had learned to play the piano, and by age 11 he was already a proficient drummer.

The Keller family made a pilgrimage to Austin, Texas when Corey was 16 “because my Dad was a blues freak.” In 2000, at age seventeen and just out of high school, Corey packed his bags and headed south to join his brother in Austin. “I left as soon as I possibly could,” Keller said, who upon arriving in Austin formed the Keller Brothers with Mike.

From the start, the Keller Brothers hit the right hot spots and formed friendships with older, more experienced blues artists. With the encouragement of blues impresario Clifford Antone, the Keller Brothers focused on their chops and were quick learners who stood shoulder-to-shoulder, literally, with the masters. “I pestered (Clifford) for three or four months to play at Antone’s,” Corey recalls, and before long the group was a regular fixture on Monday nights. Absorbing lessons on stage and off, the Keller Brothers exhibited showmanship and skills beyond their years, earning the support of the old guard including Doyle Bramhall, Chris Layton and Tommy Shannon. “With my brother and our band, we have the capability of playing a whole bunch of different styles, so there’s whole different parts to our shows,” Corey explains.

The Keller Brothers musical elasticity has allowed them to back up Earl King, Lazy Lester and Kim Wilson, among others. Coupled with opening gigs for top drawer acts such as Jimmie Vaughan, Johnny Winter, Dr. John, Clarence “Gatemouth” Brown, Jimmy Rodgers and Pinetop Perkins, the Keller’s have seen their reputation and musical acumen soar. Playing a combination of Texas and Chicago blues with Louisiana stylings,

Corey, like Mike, has become a sought after touring and studio drummer, whose reputation grows ever larger.

keller from Madeline Maxwell on Vimeo.

"With my brother and our band, we have the capability of playing a whole bunch of different styles, so there’s whole different parts to our shows."