Musicians Off the Record: Carolyn Wonderland

Musicians Off the Record: Carolyn Wonderland 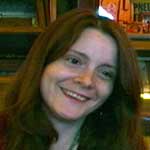 There is no better compliment for a singer-songwriter to receive than learning that the legendary Bob Dylan enjoys your work. And what are the odds that the ever-reclusive icon would want to jam and swap stories with you? Carolyn Wonderland is one of the few musicians to have had the privilege, but it's easy to reason why upon hearing the Austin based artist's singular talent.

"Every time (I played with Dylan), I felt like I walked away learning something. I just hope I wasn't a pain in the ass," she states. Wonderland's eagerness to study shoulder-to-shoulder with the masters is one reason why she's enjoyed plaudits usually reserved for musicians twice her age. The overriding basis of her success, though, is a multifaceted proclivity for writing, singing and playing the guitar like a mad Bayou banshee. She also incorporates a unique, musical chemistry in her art, which features elements of country, blues, rock and soul played with a fervent twist.

Born in Houston to a pair of avid music fans and working musicians, Wonderland began performing in her early youth. After capturing practically every honor bestowed by the Houston music media, Wonderland headed for Austin at age nineteen. The versatile song-stylist has been torching stages since. "I moved (to Austin) for the guitar lessons and I stayed because anywhere else seems to have a severe soul allergy." Her sixth sense for musical camaraderie has led to collaborations with Buddy Guy and Johnny Winter, who are just two of several heavyweights who extol her virtues. Whether she performs solo or with the Imperial Monkeys, Sis DeVille or the Golden Crown Imperial Harmonizers, Wonderland has a stage presence that borders on the supernatural, helped in part by her ability to play a multitude of instruments, from accordion to slide guitar.

With the release of "Groove Milk" in 1993 and throughout five albums that have followed, including the much praised "Bloodless Revolution" and "Alcohol and Salvation," Wonderland has never shied away from making political observations in her music. She counts herself as a socially aware citizen and is currently involved with non-profits such as the Sierra Club, NORML, and Women and War. "The reason I feel compelled to put political issues in my music is it's the world going on around you, and I have every right to say whatever the hell I please in my music. People can buy it or not . . . everyone should learn to play an E chord and walk around and speak your mind."

"The reason I feel compelled to put political issues in my music is it’s the world going on around you, and I have every right to say whatever the hell I please in my music."